Are you listening to what God is asking you?

⬆️ Love the cute graphic above? It’s from my friend Emily at Blue Chair Blessing. She’s my favorite resource for inspirational scripture art. Check her out ♥️

This morning in church, I could have sworn I felt myself getting the nervous sweats even though the air conditioning vents was pointed directly on me, leaving me shivering throughout the service. First I was uncomfortable because I was cold. Then once the pastor started preaching and I realized in that moment that the sermon he was preaching was 150% directed right at me! I became nervous and uncomfortable because I knew God was speaking directly to my weary heart through this message.

Where you feel like there might as well be a spotlight and a loud speaker inviting you personally to go and stand up on stage as an awkward illustration for the message?

That was me today, but honestly,  I asked for it.

I had a little extra time this morning while my girls were scrambling to get ready to head out to church. So I sat down on my bed and pulled out my favorite little devotional and opened up to today’s date. As I read the passage I could feel myself getting anxious and frustrated with God. I knew that in the words I was reading, He was reminding me that He is calling me to do something for Him, but that I keep ignoring His call. After I read the paragraphs in the book, I found myself having a really raw conversation with God, asking Him why He has given me a desire and direction to serve Him, but WHY was it so difficult? I kept saying to Him

“I don’t understand what you want me to do! Work harder? Stop trying so much? Rest in You? Am I supposed to stop what I’m doing and start over? You brought me to this place, and I have no idea where to go now!”

This was a raw prayer from a place in my heart that desperately wants to serve God, but wrestles with a heart that also doesn’t believe that my efforts will honor Him. In a nutshell, I’m terrified of failure, and I’m allowing that fear to hold me back from where He wants me to go.

I’ve just been trying SO HARD. Even the things that come easy have been leaving me feel like I’m dragging along with no sense of direction. You can call it a mid-life crisis, you can call it a lack of trust. Whatever it is, I am realizing today that in my efforts to serve Him, I am giving Him a finger (come on…not THAT one!!) I’m telling God that yes, I’ll follow Him, but I’m putting up my finger and saying “Just a second, God. Before I can do that for you, I need to finish this…or accomplish that…or perfect all of this”

In my effort to give God my very best, I’m actually telling Him that I’m not ready to say “yes” to what He’s asking, because I don’t trust that I’m ready.

In today’s message at church we read the story of three men that Jesus talked to on His way to Jerusalem. (Luke 9:57-62) While they were walking, a man told Jesus that He was ready to follow Him. Jesus responded by asking if He was truly ready to follow, because the road isn’t easy. Then Jesus said to another man “Follow me!” And the man said yes, but that he had one thing to take care of before he could go. A third man in the conversation told Jesus that he was ready to follow Him, but that first he needed to say goodbye to his family.

Friend, I am these two men. My heart is all in. I’m so committed to Christ and I have a raging fire inside of me that wants to spread His good news to everyone around me. Earlier this year I shared a little bit about how God has slowly stripped away many of the things in my life to make room for where He is taking me. It is a struggle, but as I watch things slowly go away, I’m waiting with hopeful anticipation for where He is leading me to go next. He has transformed the core of my business and gave me this platform to share how He is working in my life, and it’s been amazing!

He’s led me to write  as devotions and books pour out of me in a way that I never EVER knew I could do. He called me to it and has faithfully equipped me to do what He has asked me to do for Him.

He has given me a gift to take a flat piece of material and dream up a 3D design in my head and then somehow turn it into a useful and beautiful object. I can draft patterns and reverse engineer designs until I’m able to create the product that is in my mind. If you would have told me 15 years ago that I could do this, I would have laughed at you. There is no way I’d  have believed you because I honestly didn’t know I had any of this inside of me.

But God has slowly revealed these little gifts that He has given to me and has called me to share them in a way that glorifies Him. And it is my honor and privilege head into my studio to do that every single day.

A little peek into my studio...this is what I get to do every day! 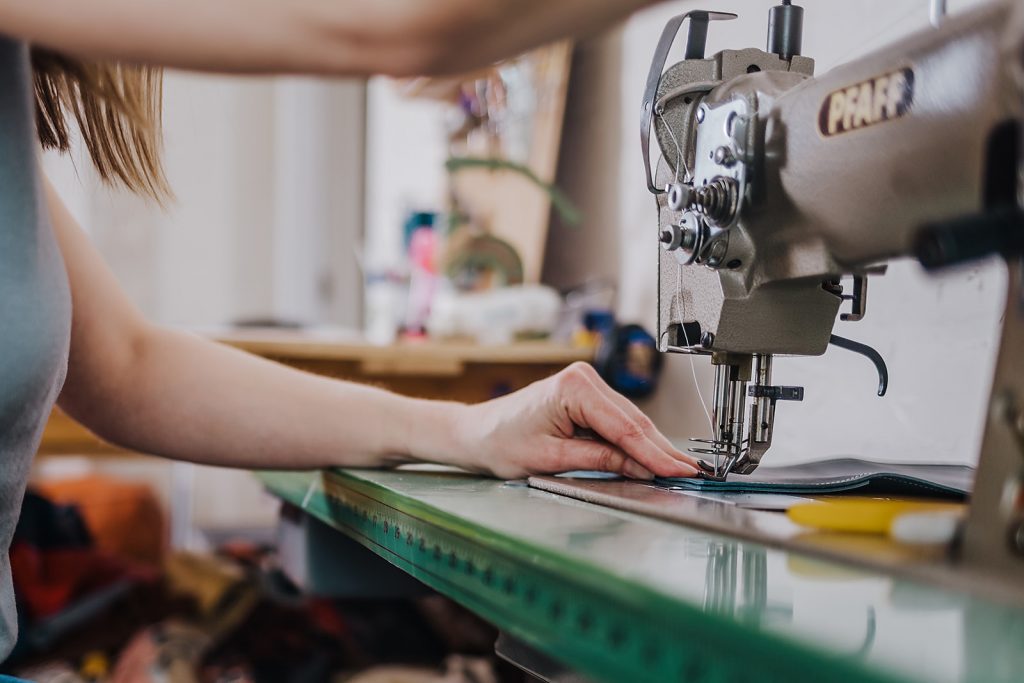 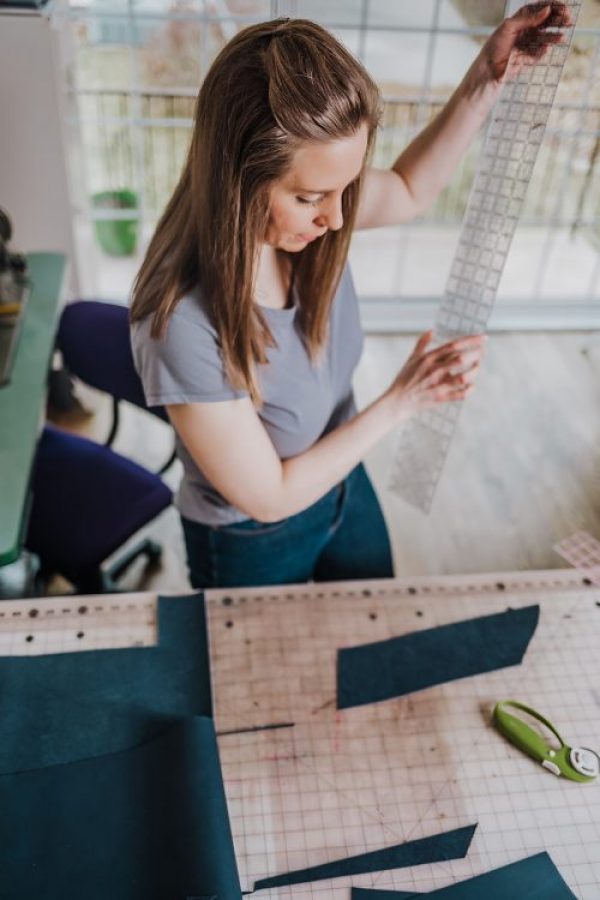 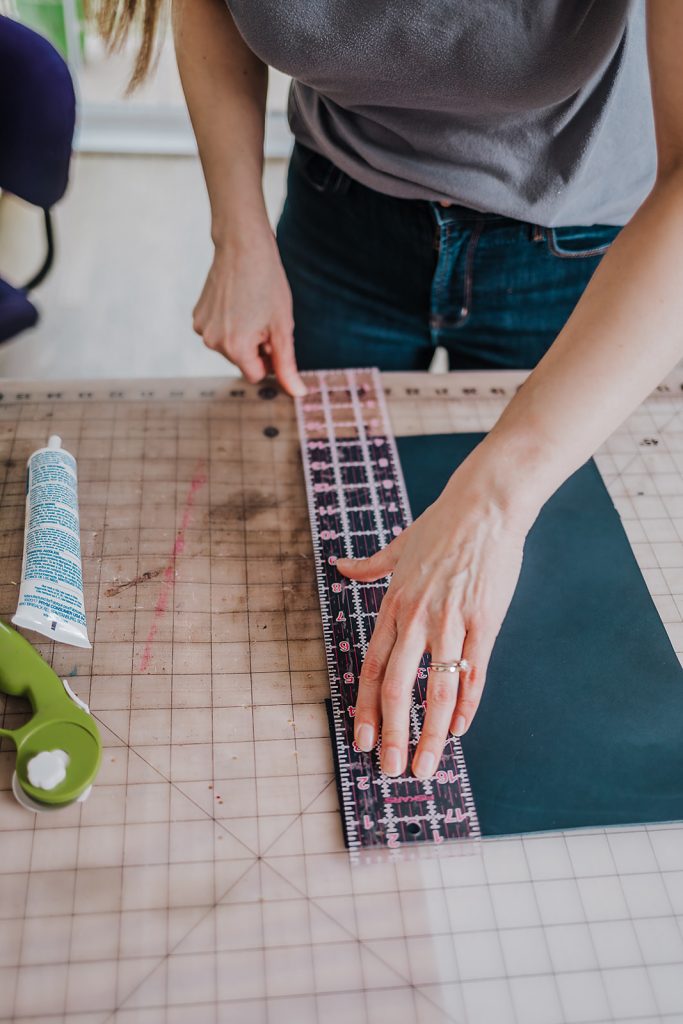 So why when He has so clearly called me and equipped me, do I still put my finger up and ask Him to wait until I’m ready?

When God nudges me to do the next thing for Him, I turn into the man on the road who said he has a few things he needs to do first, but when those are finished, he’s all in.

And when God tells me that it’s time for me to do something more, I’m the man on the road who told Jesus that he’s all in, but just needs a second to tie up some loose ends at him.

And I wonder why I get frustrated!

What is God calling you to?

What gifts has He given you to use for Him?

Is He asking you to follow Him, and how are you responding?

***If you are new to Gathered & Sown and Bible journaling, watch this short video first***
♡ Throughout God’s Word, He tells us that He will equip us for what He calls us to. This week, look up the following verses and write them out in your journal. (If you want a deeper study of the verses even more, use the quiet time journal)
♡ Have you been feeling God’s leading in your life at all? Have you been feeling a pull to act on something for Him? If so, what is stopping you from doing it? Is it fear? If so, what are you truly afraid of?
♡ God has given us all gifts. Each of us have gifts that are unique to the plan God has for our lives. Have you ever explored what gifts God has equipped you with? Brainstorm some things that you can do that others say they wish they could. How can you use those gifts to glorify God and lead people to Him through them?

Would you like some more references from the Bible that you can read and journal about this week? If so, I made you a printable that you can tuck into your bible or journal and dive deeper into prayer on your own.
Get your Fre e Printable